Proud To Be Part of Manchester City’s Title Parade

Showsec staff were there to ensure the celebrations went smoothly and trouble-free for the thousands of fans that gathered through the streets of Manchester to welcome their heroes, following their stunning 3-2 comeback victory over Aston Villa on Sunday.

Manager Pep Guardiola was seen celebrating after winning his tenth league championship during his managerial career, while players were seen enjoying themselves with drinks and taking in the incredible atmosphere during the parade.

Here you can see Showsec staff providing vital security protection for the fans and the players throughout the victory parade. 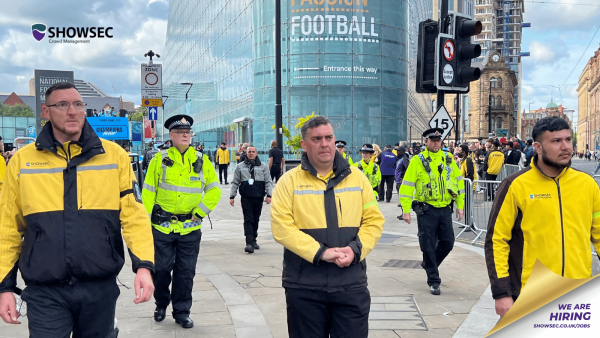